Bienvenidos to the 8th year of the Amsterdam Spanish Film Festival!

From the 5th to the 9th of October ASFF returns for our annual celebration of Spanish cinema. ​​Over a period of five days, we will experience an exciting and heart-warming journey together and celebrate Spanish cinema through remarkable stories.

We are honoured to introduce a new festival venue Lab111. Another fantastic cinema house adding to existing ones: Pathé Tuschinski, Eye Filmmuseum and OBA library of Amsterdam. We are proud to announce a program primarily made up of Dutch premieres, which also highlights the talent of female directors. Most of the selected films are directed by women, supporting female Spanish talent.

The Spanish Film Festival is a unique film exhibition initiative allowing people based in Amsterdam and broader audiences to discover and engage with a carefully honed selection of cinema from Spain and Spanish speaking Latin America. ASFF launched, organised and solidly programmed by Sin Fin Cinema provides a showcase of new trends in mainstream Spanish cinema as well as focusing on a diversity of films, especially independent, artistic and experimental Spanish films.

Festival programme: Tasty ham (Jamón Ibérico) and Spanish drinks will follow some of the screenings, to offer our lovely audience a real Spanish Cinema experience! 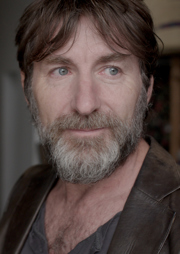